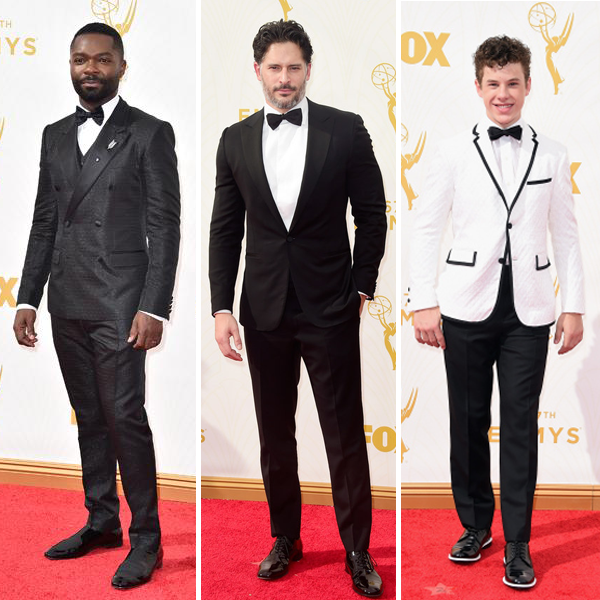 Lots of erm..  underwhelming looks from the boys at the 67th Emmy’s. At an awards show where women are known to dominate the runway we’re not surprised, but a little discouraged to find more bad than good again this year.

All was not lost, our top 3 best-dressed men at the Emmy’s were: 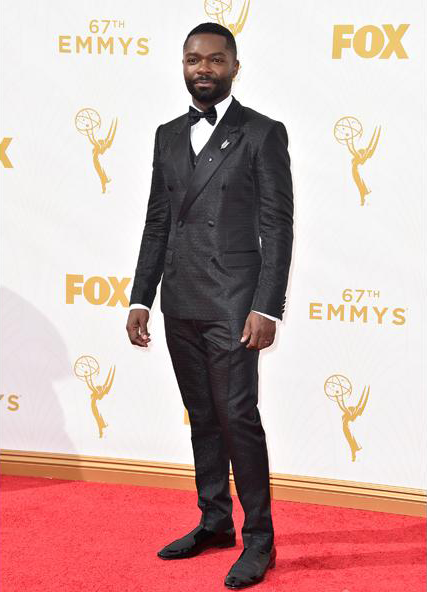 David Oyelowo is our best dressed. It’s no surprise, this man always kills it on the red carpet. The fit of that double breasted jacket was perfect. Although he wore black (snooze) he added texture (wow!). The silver stitching added depth, fun, and just enough jazz without looking comical. The lack of detailing on the shoes was key as not to compete with his tuxedo. 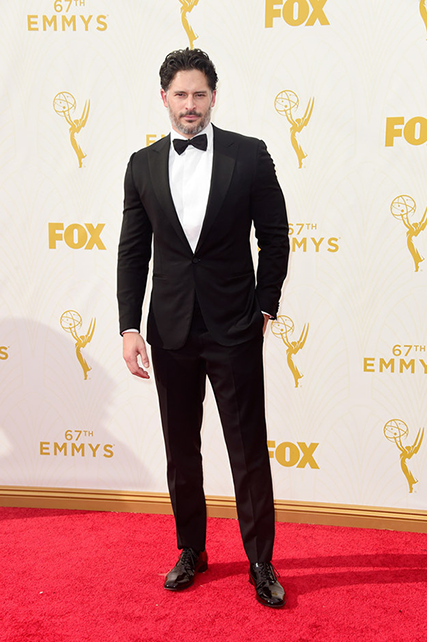 Joe Manganiello is a damn close winner. If this look doesn’t convince you that fit is the most important rule in suiting take your eyes off his wife, Sophia Vergara and think again! We normally wouldn’t put a black tuxedo in our best dressed but damn, that fit. The absence of breaks gave him a clean long leg. This is a perfect example of why bigger guys should opt for bigger lapels. You wouldn’t want to mess with that guy, that’s the lapels talking. 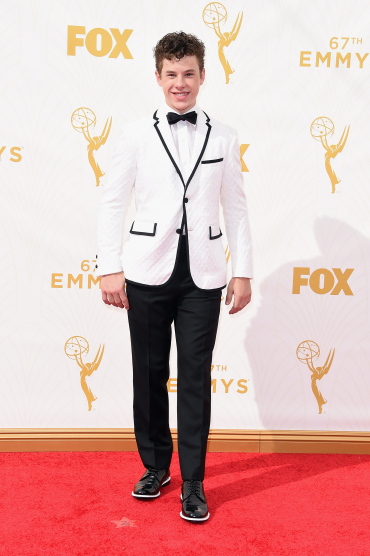 At 16 years old Nolan Gould from Modern family is already kicking ass on the red carpet. The white quilted tuxedo jacket was a fresh look we don’t get to see too often on someone his age. However, this kid has been pulling show stopping looks for the last few years so we can’t wait to see how his personal style evolves. It was fun and the white contrast in the shoe pulled it all together

So, now the fun part. We poke a little fun at all that went wrong and celebrate that as a Gotstyle Man you would never make these mistakes.

Alan Cummings and Rick Gervais were both wearing croc like orthopaedic nurse shoes. Is there some kind of serious back problem in Hollywood that requires men to wear the bottom half of a nurses uniform? Yikes! 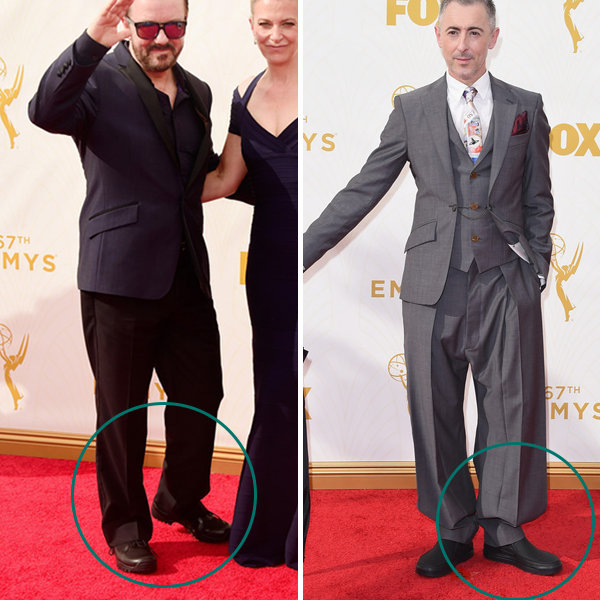 We always anticipate some bad hem’s at award shows. But since we’re so patient and forgiving check out this handy guide here. Our rule of thumb is no more than a full break. Oh, this is another benefit to having a tailor in your rolodex.

Runners up for weird were Fred Armusten’s wacky Christmas tie and Matt Leblanc looking like the bouncer at a night club! 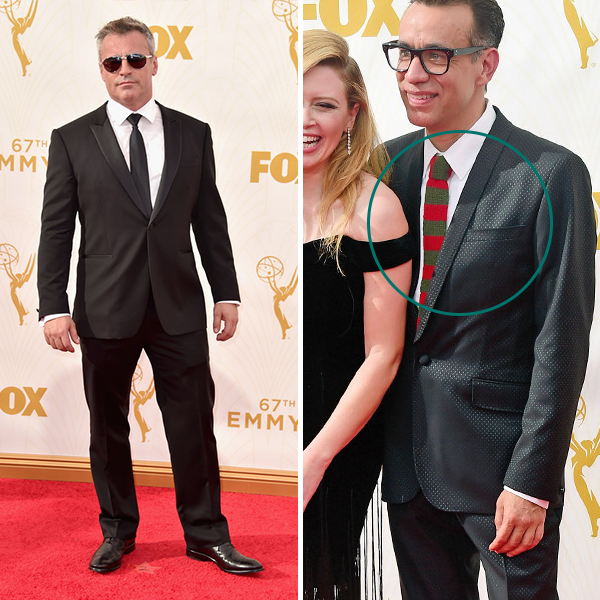 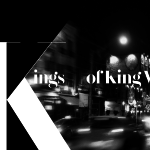 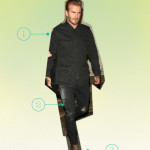