3 guys under 25 that have better style than U 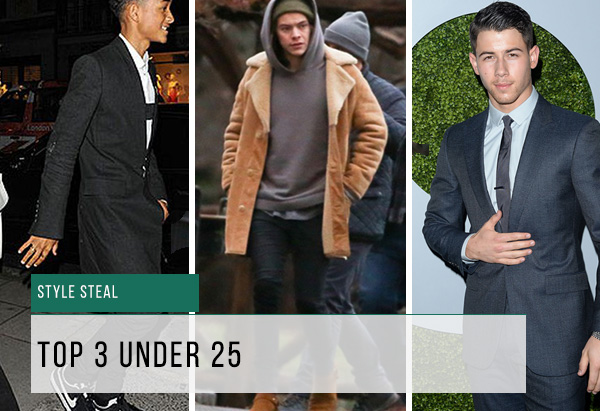 If you need a reason to ditch your t-shirt and jeans routine, here it is.
Three guys under 25 who have this whole “personal style” thing figured out.

Women fucking love this guy. We think it’s because he sort of dresses like a woman? Harry’s style is defined by tight-as-hell (ripped) designer jeans and peacoat. Although he’s been known to fashion #fail (most recently with this floral number at this years AMA’s) he goes for it, and it gets people taking. That’s all apart of being a fashion icon. He’s also got a really great collection of boots. Steal his look with these boots from J Shoes.

If you were to learn any thing from Nick Jonas, we have two words: Suit. Game. Each time Nick steps onto the red carpet he shows us two things. One, you don’t have to be a super trim guy to pull off bold suits and two, options– man. We’ve seen Nick Jonas pull off a variety of fabrics from red plaid to a bright lemon windowpane. Every time it’s styled in a completely different way.

You know by now that the fit has to be right. Nick is fairly short and broad with has pretty full thighs. If you struggle with that we recommend you look into brands like Without Prejudice, Eidos Napoli, Hardy Amies when shopping with us. Also try looking for suit separates. (This is when a matching blazer and pant are sold separately). You’ll be able to size up in the pant and keep the jacket in your regular size.

We’re going to guess that he has a tailor on speed dial. So you’ll want to make sure you have a good tailor.

For suits and suit separates with fun and cheeky prints we always turn to Moods of Norway. More styles in store.

When both your parents are insanely talented and good looking you’re #blessed. BUT we appreciate this kid’s sense of style because it’s out there. If you’ve read his tweets it all kind of makes sense. We’re not suggesting you rock two different paris of shoes, but take a risk damn it! Try joggers instead of chinos with your blazer or go for a completely monochromatic look.

If you want to get that same street inspired look shop brands like Wheelers V and Zanerobe.

Legend Style: How To Get Ronnie & Reggie Kray... 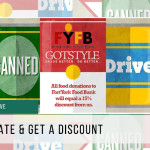